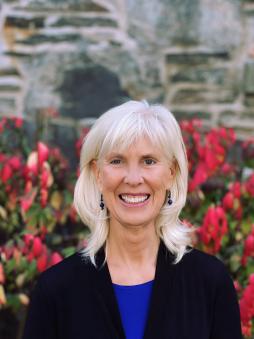 Dr. Nancy Thomas is the founding director of the Institute for Democracy & Higher Education and one of IDHE’s signature initiatives, the National Study of Learning, Voting, and Engagement (“n-solve” or NSLVE). Her research interests and advocacy include student learning for and institutional engagement in democracy, student voter participation, access, and equity, campus climates for student political learning and participation, controversial discussions in and beyond the classroom, free speech and inclusion, academic freedom, and higher education’s role in democracy in question. She is the author or editor of multiple book chapters, papers, articles, and collections, including the monograph, Educating for Deliberative Democracy. Dr. Thomas holds her undergraduate degree from St. Lawrence University, a law degree from Case Western Reserve University School of Law, and a doctorate from the Harvard Graduate School of Education. In addition to being a devoted mom of two great (all grown up) kids, she is an avid kayaker, skier, and anything else outdoors. 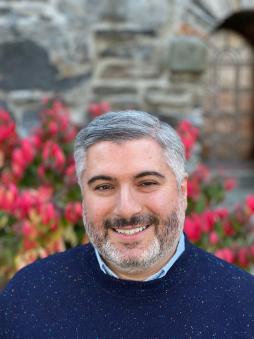 Adam Gismondi, Ph.D., serves as Director of Impact at the Institute for Democracy & Higher Education (IDHE) at Tufts University's Tisch College of Civic Life. He supports IDHE’s founding director and leads partnerships for the office, communications, and theory-to-practice resources, and he is co-author on all of IDHE’s national research reports on college student voting and recommendations for practice. His research looks at democracy, digital platforms, and education, and his doctoral dissertation focused on how college student social media use impacts student civic learning and engagement. Adam also currently serves as an advisory board member for SXSWedu, civic media researcher for Civic Series, and recently finished two terms as president of the William & Mary Alumni Boston Chapter. Prior to working in a research capacity, Adam spent six years working as a student affairs administrator at both the University of Florida and Florida State University. He holds a B.A. in sociology from William & Mary, an M.Ed. in student personnel in higher education from the University of Florida, and a Ph.D. in higher education from Boston College. 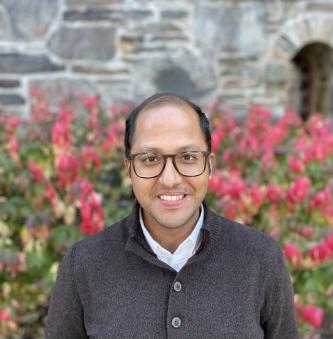 Prabhat is the Data Manager at IDHE and works to maintain the NSLVE database. Prabhat supports the systematic processes of data management and analysis, as well as generation and dissemination of data in the service to colleges and universities interested in learning about their students’ voting habits. In addition to other analytical outputs, he creates interactive data visualization products for campuses and the general public. Prabhat’s interests include design and development of new research that seeks to explore questions of equity, diversity, and inclusion in political learning. He is also interested in understanding pathways of non-traditional leadership that help improve college student political engagement. Prior to this, Prabhat has worked within varied contexts of policy advocacy, higher education, and international development. He has an M.P.A from Cornell University and a B.A. in Economics and International Studies from Kenyon College. 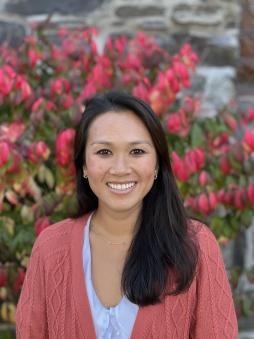 Duy is Program Administrator for IDHE and is responsible for building, maintaining, and managing campus relationships with the 1,200+ campuses participating in NSLVE. This includes responding to questions from campuses about their NSLVE reports, advising on ways to understand and use NSLVE reports and data, finding and using IDHE resources and tools, and managing thousands of campus contacts, the newsletter, and the mailing list. She holds an M.S. from Northeastern University and B.A. from Connecticut College. 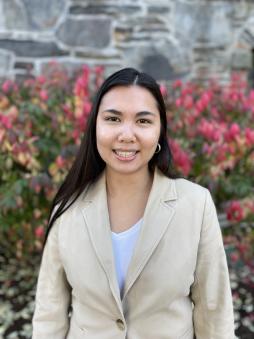 Victoria is the Outreach and Data Analysis Specialist at IDHE. Her role gives her the opportunity to be involved in NSLVE data analysis and the creation of data visualizations as well as recruitment and communications with NSLVE campuses. Coming from a quantitative social science background, Victoria is interested in the intersection of quantitative research and community building and engagement. She holds a B.A. from Smith College in Economics and an M.A. in International Economics from The Graduate Institute of International and Development Studies in Geneva, Switzerland. 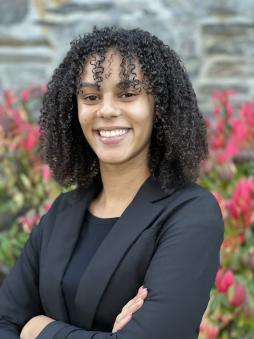 Mari is the Outreach and Resource Specialist for the Institute for Democracy & Higher Education (IDHE) at Tisch College. She supports the communication, outreach, and impact needs for the team and is involved in the campus reauthorization and recruitment processes for the National Study of Learning, Voting, and Engagement. Her background is DEIJ, community and higher education focused. Prior to joining IDHE, she was a Mentor/Trainer at The Posse Foundation which brought her full circle as a Posse Scholar. Mari holds a double B.A. in Africana and Hispanic Studies from Hamilton College. 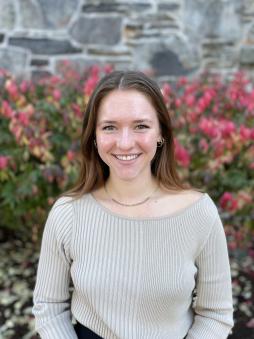 Katherine is the Program Assistant to Research, supporting (CIRCLE), the Center for Information and Research on Civic Learning and Engagement (IDHE), the Institute for Democracy & Higher Education, and the Tisch College Community Research Center (TCRC) in an administrative capacity. She’s also involved with various projects and research with the teams. She holds a B.A. in Political Science and Economics from Westfield State University.

Scholars (temporary and part-time) working with IDHE to advance knowledge about student learning for and institutional engagement in democracy. For more information, email IDHE@tufts.edu. 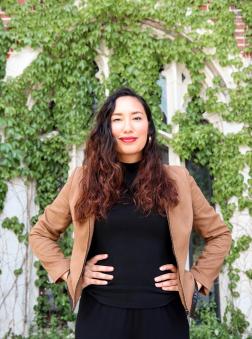 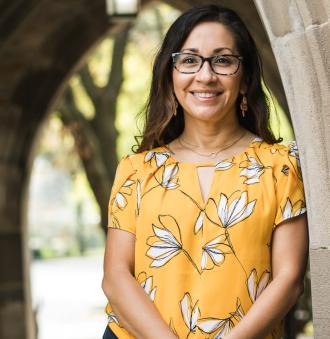 Norma López (she/her/ella) is an Assistant Professor of Higher Education at Loyola University Chicago. She was previously a postdoctoral scholar at the Institute for Democracy and Higher Education (IDHE) at Tufts University, as well as a full-time instructor in the higher education administration program at Northern Illinois University. Before entering the doctoral program, Norma worked for over 20 years in higher education, ranging from admissions and orientation at Williams College to residential life and academic advising at the University of Chicago. She received a B.A. in history from Williams College, an Ed.M. from Harvard University, and a Ph.D. from Loyola University Chicago.

Norma’s research agenda is focused on how power manifests in higher education and how the development of a critical consciousness can advance equity and inclusion while navigating and dismantling that power. One research strand focuses on the role of critical consciousness, which refers to the ability to recognize and analyze political, social, and economic oppression, in the academic identity development of Latinx college students. She serves as a Bottom Line Chicago board member and hopes to continue to have an impact on the college trajectories of Chicago students through this work. Norma grew up in the Pilsen neighborhood of Chicago and enjoys living near her extended family with her husband and two kids. 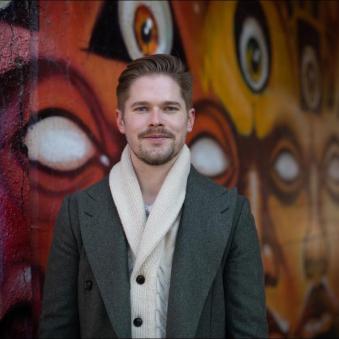 Matt Nelsen is an assistant professor within the Department of Political Science at the University of Miami. His research examines how local-level institutions, especially schools and neighborhoods, act as microcosms of democracy. He finds that these institutions can simultaneously serve as sites that exacerbate existing racial inequalities while also holding the potential to foster agency and equal political voice. He investigates these roles and their effects on political participation by leveraging multiple methodological approaches, including lab-in-the-field experiments, survey data, in-depth interviews, focus groups, and archival research. Matt's research is featured in a number of publications, including Perspectives on Politics,  Political Behavior, the Journal of Race, Ethnicity, and Politics, the Washington Post, and GenForward's Race and Place: Young Adults and the Future of Chicago. His book, which examines how to make civic education courses more empowering for racially marginalized youth, is forthcoming at Oxford University Press. 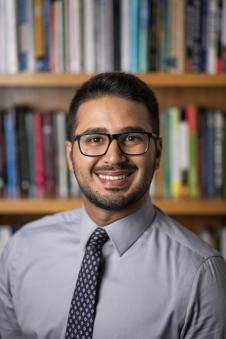 Kyle Upchurch is a research professional in the nonprofit sector with an interest in democratic institutions and the ways they influence political participation. Previously, he was an associate researcher with IDHE. He also has experience working in international development nonprofits and served as a Public Allies Iowa AmeriCorps member in Des Moines, Iowa. Kyle earned his Master of Arts in Law and Diplomacy, with a focus on Political Systems and Human Security, at The Fletcher School at Tufts University. His B.A. is in Political Science, Spanish, and International Studies from Iowa State University. 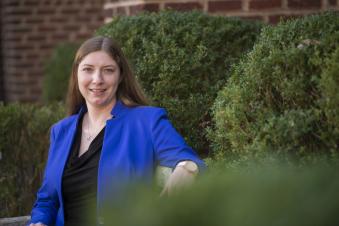 Amanda L. Wintersieck, Ph.D., is an associate professor of political science at Virginia Commonwealth University. Her research interests lie in political behavior and political communication. Specifically, she is interested in the effects of political campaigns on voters’ evaluations of candidates, on the role the media plays in citizen’s vote choice and the conditions that advantage a candidate’s campaign. Her current research focuses on the role of news media and the impact of the electoral context in political campaigns. She pursues these interests utilizing a multi-methodological approach, including experiments, surveys and content analysis.

Her work has appeared in the Political Communication, American Politics Research, Politics, Groups, and Identities, The Praeger Handbook of Political Campaigning in the United States, The Politics of Truth in Polarized America, and The London School of Economics American Politics and Policy Blog. Professor Wintersieck teaches undergraduate courses on political behavior, public opinion, research design, American government, campaigns and elections, and the media and politics.